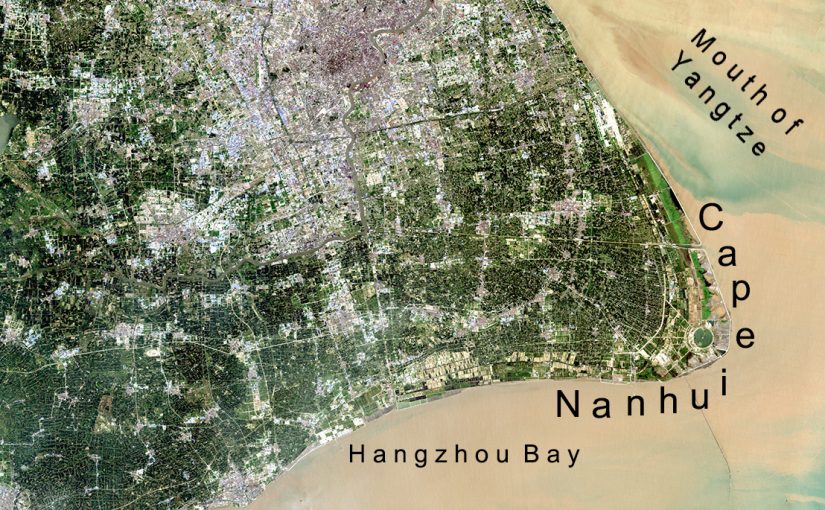 The coastal areas at the southeastern tip of Shanghai are what local birders call “Cape Nanhui.” The site in Pudong, 85 km (53 mi.) from People’s Square, is the richest birding area in Shanghai and among the most famous birdwatching areas in China. The nubby promontory between the mouth of the Yangtze and Hangzhou Bay provides a powerful taste of coastal migration in East Asia.

Unremitting development has eaten up many of the reed beds, and land reclamation threatens to take even more of the mudflats. For the moment, though, good habitat remains. Among the endangered species finding refuge at Cape Nanhui are Black-faced Spoonbill, Nordmann’s Greenshank, Great Knot, Far Eastern Curlew, Spoon-billed Sandpiper, and Yellow-breasted Bunting. Despite the flattening and splitting of the reed beds, Nanhui resident Reed Parrotbill is holding on.

A major attraction is the eight microforests along the 10 km (6 mi.) stretch running north along the coastal road from the Magic Parking Lot (30.884992, 121.968317). During migration season, dozens of species of bird rely on these tiny woods.

Take one of several roads leading into the reed beds. My favorite road is at 30.912908, 121.972735. There you can find booming Eurasian Bittern, Yellow Bittern, breeding Oriental Reed Warbler and the Common Cuckoo that parasitize their nests, Chinese Penduline Tit, Black-browed Reed Warbler, and if you are very lucky migrating Middendorf’s Grasshopper Warbler and Japanese Reed Bunting. Marsh Grassbird, Manchurian Bush Warbler, and Brown-flanked Bush Warbler sing in spring, and Pallas’s Reed Bunting spend the winter.

This circular pond is worth checking in winter. Falcated Duck gather here in their hundreds, Tufted Duck and Greater Scaup flock together, and among the many Little Grebe one can make out a few Black-necked Grebe. Swan Goose and Horned Grebe have been recorded here.

You can drive or take public transport to Cape Nanhui.

Driving: In Pudong, take the S2 south to the exit called Lianggang Dadao (两港大道). Set your navigation software to the Magic GPS Point and begin birding there.

Metro: Take Line 16 to the terminus at Dishui Lake (Dīshuǐ Hú [滴水湖]). Some birders take a taxi to the most distant microforests and from there walk nearly 10 km to the bus stop at the Holiday Inn near the Magic Parking Lot. From there, they take the bus back to Dishui Lake. It’s also possible to take the bus from the terminus to the Holiday Inn, but note that because the only bus stop in the area is at the Holiday Inn, a birder choosing this option would have to double back to the point of origin.

Cape Nanhui is one of the most important eBird hot spots in China. Click here to view the eBird page for Cape Nanhui.

Featured image: The nubby promontory between the mouth of the Yangtze River and Hangzhou Bay is what local birders call “Cape Nanhui.” The site in Pudong, 85 km (53 mi.) from People’s Square, is the richest birding site in Shanghai and among the best birdwatching areas in China. (NASA/Craig Brelsford)