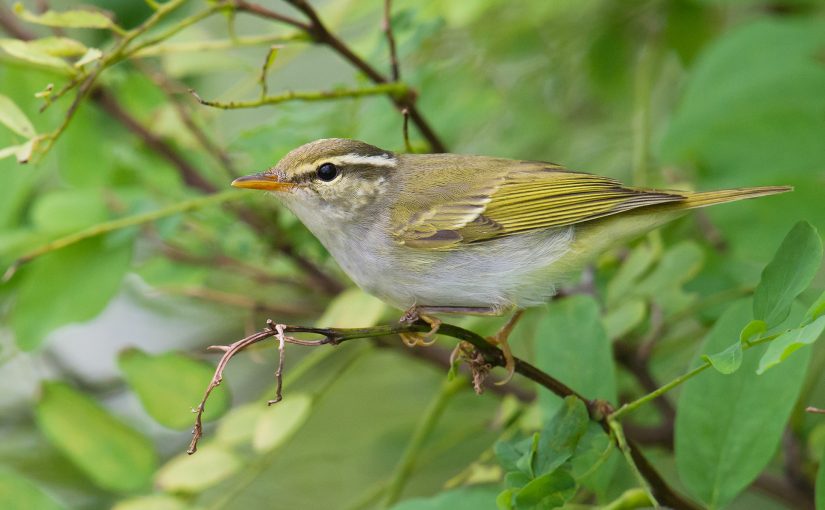 In Shanghai, the best birding occurs on the coast, 80 km or 50 mi. from the city center. Getting there can be a chore. Birding Pudong’s Century Park, by contrast, only requires a ride on Metro Line 2. Your day list from Century will only be about a third as long as a list from Cape Nanhui, but good birding can occur there, and at little cost.

On Sat. 15 April, my partners Larry Chen, Komatsu Yasuhiko (“Hiko”), Hiko’s biology teacher Zeng Qiongyu, and I had a bout of good birding at Century Park.

We were in the heavily wooded area near Gate 7 when I heard the wheezy song. It sounded like this recording I made in Heilongjiang:

It was just a snatch of song, and it occurred but once. I knew immediately that it was Eastern Crowned Warbler. The song was coming from the surprisingly high canopy of the wood.

The four of us strained to find the bird. The sun shone brightly through the canopy and into our eyes. Finally, Hiko saw movement. Through the glare we focused in and got a clear view of Eastern Crowned.

It was a shot of birding as good and satisfying as I get anywhere. And it just goes to show—good birding can occur anywhere, even in a busy city park.