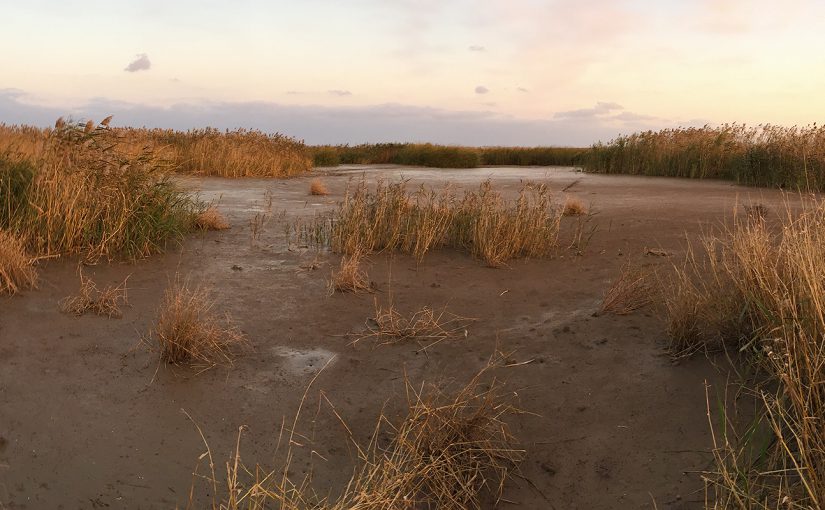 Editor’s note: This tranquil scene is from Iron Track (31.003613, 121.907883), home of Reed Parrotbill and dozens of other species, and part of the large reed beds on the Dazhi River at Cape Nanhui. In the face of manic development, and in spite of being under no protection, Cape Nanhui conserves the best reed beds on the Shanghai Peninsula as well as mudflats critical to tens of thousands of migrating shorebirds. To save these treasures, Shanghai people must act now.

If I were Chinese and were arguing for a people’s wetland reserve for Cape Nanhui, then I would bring to light the following points.

SHANGHAI IS NOT A CITY IN THE CONVENTIONAL SENSE

Shanghai “市” isn’t really a city or a “municipality,” as 市 is often translated. It is a city-province, accountable to no government but the national government. The city-province is vast, covering an area greater than the U.S. states of Delaware and Rhode Island. Shanghai is twice as big as Luxembourg, half as large as Northern Ireland, and a third the size of Wales.

From a conservationist’s perspective, it is important to view Shanghai as a province and not a city, because cities are not usually thought of as being responsible for maintaining large nature reserves within their borders. Provinces, by contrast, are large enough to accommodate nature reserves.

I propose that, where workable, we stop referring to Shanghai as a city or municipality and start applying to it the more accurate label of city-province.

Any jurisdiction covering an area the size of a small country would be expected to conserve substantial amounts of its area. In the case of Shanghai, the call to conserve is even louder, because the area it occupies is unusually important for conservation. The Shanghai Peninsula is situated between the mouth of Asia’s greatest river and Hangzhou Bay. It is on the East Asian-Australasian Flyway and attracts tens of thousands of passage migrants representing a few hundred species.

Cape Nanhui is completely unprotected; indeed, an attempt at a small wetland reserve has been shut down. The boardwalks and signs of the defunct reserve are crumbling, and the backhoes are standing by, waiting for the green light to smash what remains.

No one is saying that Shanghai, a city-province of 26 million people, needs to create a Yellowstone. Any reasonable person understands the pressures the huge population of Shanghai puts on its natural resources.

Also, it must be pointed out that in the far-flung areas of the city-province, Shanghai has made an attempt at conservation. Chongming Dongtan preserves the eastern nub of Chongming Island, and Jiuduansha covers intertidal shoals near Pudong Airport.

But Shanghai under-performs overall. Nowhere is the poor conservation performance more evident than in Pudong, the coastal city-within-a-city. Pudong is nearly double the size of Singapore and is half the size of Hong Kong. Yet the district contains zero wetland reserves on its mainland. Both Singapore and Hong Kong manage to hold in reserve significant portions of their territory.

The southeastern tip of Pudong is Cape Nanhui, a place that despite being under no protection still brims with natural treasures. No place on the Shanghai Peninsula has as many reed beds. The projection of land attracts birds making the long journey across Hangzhou Bay and the wide mouth of the Yangtze.

Moreover, Cape Nanhui is easily accessible to common people. It would be the perfect place for a world-class wetland reserve on the model of Sungei Buloh in Singapore and Yeyahu National Wetland Park in Beijing.

On shanghaibirding.com I have addressed the issue of conserving Nanhui:

— Save the Nanhui Wetland Reserve! (cri de coeur plus call to action)
— Remnants (preparation for probable demise of Cape Nanhui)
— Reed Parrotbill, Symbol of Shanghai (naming Reed Parrotbill Provincial Bird of Shanghai will send a message about the importance of the reed beds such as those at Cape Nanhui)
— Spoon-billed Sandpiper at Nanhui (proof of yet another endangered species using the defunct wetland reserve at Nanhui)
— Will the Spoon Survive? (Nanhui is not the only area under threat. You ought to see the mess at Yangkou, Jiangsu. Conserving Nanhui will offset the losses elsewhere on the Chinese coast and will put a conservationist feather in Shanghai’s cap)
— Meet Kai Pflug, Nanhui’s Mr. Clean (tribute to a birder doing his small part)

We foreigners have had much to say about the future of Nanhui. I would like to hear more from Chinese. Is the case for a world-class wetland reserve at Nanhui convincing to you? If so, then what do you propose to do to bring it about?