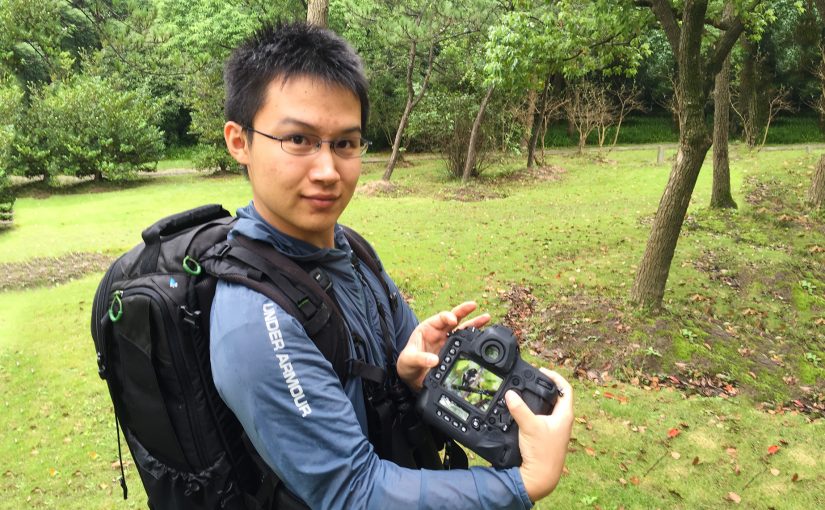 To many foreign birders, the urban parks of Shanghai offer the first taste of the avifauna of China. I know, because I was one of them. In parks such as Century Park, Zhongshan Park, and Binjiang Forest Park, I cut my teeth as an Asian birder. In Earth’s largest city, good birding is just a Metro ride away!

At Century Park during migration season and in winter, a good birder can find around 35 species. Azure-winged Magpie, Light-vented Bulbul, Vinous-throated Parrotbill, and Chinese Blackbird breed in the park. Among the many species wintering in the park are Yellow-bellied Tit, Pallas’s Leaf Warbler, White’s Thrush, Pale Thrush, Red-flanked Bluetail, and Daurian Redstart. Dusky Thrush, often accompanied by smaller numbers of Naumann’s Thrush, is common in winter there. Among the passage migrants are Oriental Dollarbird, Ashy Drongo, Japanese Thrush, Rufous-tailed Robin, Siberian Blue Robin, and Sakhalin Leaf Warbler. Among the rarities birders have noted there are Japanese Robin, Marsh Tit, and Cotton Pygmy Goose. (For a searchable table showing all the species recorded at Century, please visit our page Birds Recorded at Century Park.)

Binjiang Forest Park is perhaps the best birding park in Shanghai. It occupies a dramatic location at the confluence of the Huangpu and Yangtze rivers. Binjiang Forest Park is the best place in Shanghai to view Japanese Waxwing (November through February), and the chance of seeing Chinese Water Deer is an attraction. Overall, however, Binjiang offers many of the same birds as Century and is harder to reach.

Directions to Binjiang Forest Park: Take Metro Line 6 to its northern terminus at Gangcheng Road. Unlicensed taxi drivers gather at the station and will take you to Binjiang. A bus station is located behind the Gangcheng Road terminus.

Gongqing Forest Park offers the same habitats as Century and the same set of birds. Birders will do well there, and occasionally there are rare sightings such as Northern Goshawk and Fairy Pitta. Gongqing is farther from the central city than Century and is more than 2 km from the nearest Metro station.

Shanghai Botanical Garden also serves up a fair sampling of the city’s major birds. Take Metro Line 3 to Shilong Road and walk 700 m to Gate 4 at the corner of Luocheng Road and Dongquan Road. Many buses stop there.

The smaller parks in Shanghai offer a scaled-down selection of the birds found in the bigger parks. Most have free admission, and a few were established decades ago and contain tall trees. If you are lucky enough to live near one of the major parks, then good for you, but if you only have a small park to rely on for quick snatches of bird-watching, then you will do well not to ignore it.

I, for example, have lived near Zhongshan Park (31.224091, 121.414065) and Changfeng Park (31.224747, 121.393545), two of the better mid-sized parks in the city. Despite an ever-growing stray-cat population in both parks, my list of birds seen there over the years is impressive. Crested Goshawk, Large Hawk-Cuckoo, Sakhalin Leaf Warbler, and Asian Stubtail are just some of the more memorable sightings, in addition to regulars such as Yellow-browed Warbler, Mugimaki Flycatcher, Black-faced Bunting, and Yellow-throated Bunting. Grey Nightjar appears every September at Zhongshan Park, and occasionally mega-rarities appear, such as Varied Tit. Japanese Tit, Black-throated Bushtit, Vinous-throated Parrotbill, and Chinese Grosbeak breed at Zhongshan and Changfeng.

An unusual smaller park is Huangpu Park (31.244306, 121.486892) on the Bund. Here, the attraction is gulls, typically Vega Gull as well as smaller numbers of Black-headed Gull and Black-tailed Gull and rarities such as Slaty-backed Gull. Stand at the mouth of Suzhou Creek and look out at the Huangpu River. There, with the Pudong skyline as your backdrop, you will see gulls bobbing on the wakes of the passing barges. A spotting scope is necessary. Some birders arrive at Huangpu Park in the afternoon, bird awhile, have dinner on famous East Nanjing Road, then return to the Bund after dark to view the neon lights shining on the Huangpu River.

Binjiang Park (31.2356935, 121.4973863), not to be confused with the aforementioned Binjiang Forest Park, lies on the opposite side of the river from Huangpu Park and also offers excellent opportunities for gull watching.

Featured image: Birder Komatsu Yasuhiko shows off his image of Mugimaki Flycatcher at Shanghai’s Century Park. Century Park and the other parks of urban Shanghai provide refuge to dozens of species of bird and offer excellent birdwatching opportunities. (Craig Brelsford)