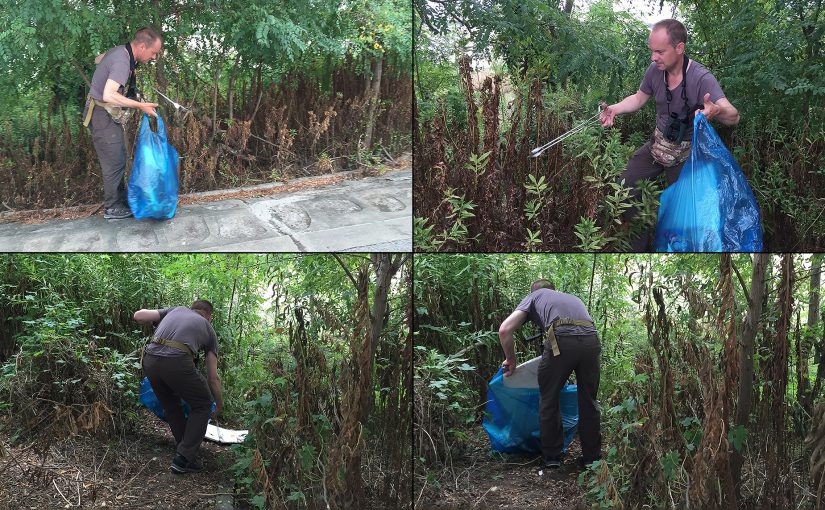 Kai’s actions Sunday were the backdrop to an eventful birding day. Partnering yet again with veteran British birder Michael Grunwell, Elaine and I noted 75 species. We birded the well-known coastal sites at Cape Nanhui as well as the sod farm (31.112586, 121.824742) south of Pudong Airport. We had our first migrant bunting of the season, endangered Yellow-breasted Bunting; Himalayan Swiftlet in the skies above the Magic Parking Lot (30.882784, 121.972782); and Pechora Pipit in the wet agricultural land north of Lúcháo (芦潮; 30.851111, 121.848528).

Our trip to the sod farm (31.112586, 121.824742) was cut short by rain. Before the shower we noted ca. 800 Oriental Pratincole. Obviously this grassy area is important to the species, which breeds in the Shanghai region and which with the development of Pudong has seen a dramatic shrinkage of its territory.