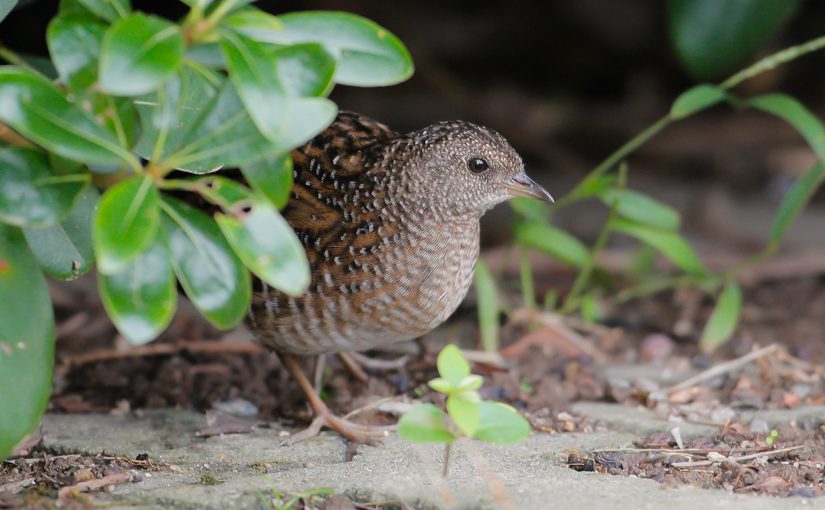 This amazing find comes on the heels of Shanghai’s first record of Crow-billed Drongo on 11 Oct. and Pomarine Skua on 19 Oct. What a month October was in Earth’s largest city!

I got the news about the rail from Chén Qí’s wife, Wāng Yàjīng (汪亚菁). Near dark, as I was returning home after my own eventful day at Cape Nanhui, Wāng Yàjīng called me to report that she had just seen a strange bird. The bird, Yàjīng said, popped its head out of the bushes at the well-known photographers’ setup at the edge of the lot. It showed half its body and disappeared. The episode lasted a few seconds, Yàjīng said.

One look at the photo Yàjīng sent me, and there was no doubt: Swinhoe’s Rail.

The smallest rail in the world, Swinhoe’s Rail is also one of the least-known. The IUCN lists it as vulnerable.

4 thoughts on “Swinhoe’s Rail in Shanghai”