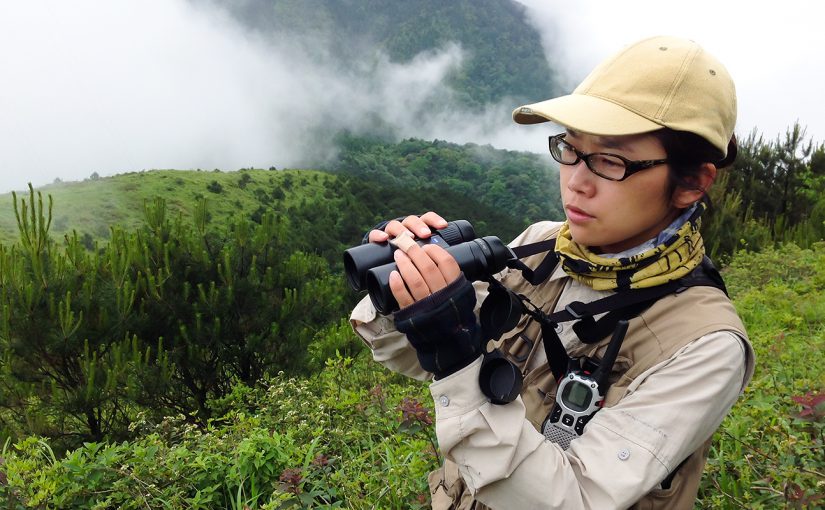 • Enjoying the clean air and unspoiled beauty of Emeifeng

Elaine Du and I took the high-speed train from Hongqiao Railway Station in Shanghai to Nanchang, capital of Jiangxi. There, we transferred to the train to Taining. We checked in to the perfectly adequate Huada Hotel (Huádà Jiǔdiàn [华大酒店], +86 598-7817777).

A Sulphur-breasted Warbler helped us find the Koklass Pheasant. Driving slowly up the mountain road at a point about 1250 m (4,100 ft.) above sea level, we heard birdsong unfamiliar to us. I walked downhill toward the sound, and Elaine walked straight to the edge of the road. There she found the Koklass, a male. She called me back, but I arrived too late. During our vigil for its reappearance, I heard its raspy call.

The Hartert’s Leaf Warbler was found on the road to the radio tower at an elevation of 1560 m (5,120 ft.). It flicked its wings one at a time, a territorial display. It sang powerfully in response to playback: