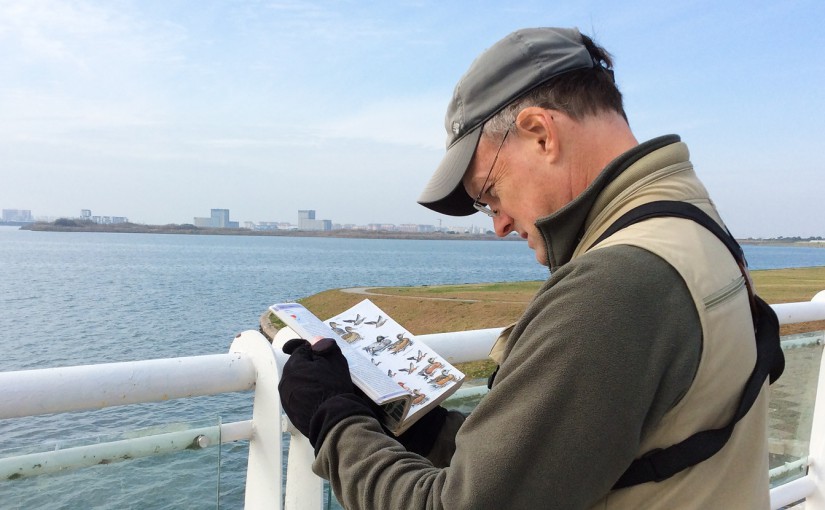 Every birder in Shanghai should have in addition three field guides: Birds of East Asia by Mark Brazil, Guide to the Birds of China by John MacKinnon, and the Collins Bird Guide by Lars Svensson, Dan Zetterström, and Killian Mullarney.

Brazil, who has been living in Japan since the 1990s, conceived Birds of East Asia (2009) to cover Japan and Korea, but he was persuaded by his publisher to include northeast China plus the coastal provinces south to Fujian. Birds of East Asia also covers northeast Asia to the Bering Strait.

Brazil has little experience in mainland China, and he treats some southeast Chinese species as an afterthought. However, as the species he describes have a stronger connection to Japan, so does his writing about them grow stronger.

The farther west one goes in China, the less applicable Brazil is, and the more necessary it becomes to supplement Brazil with MacKinnon’s book. The Guide to the Birds of China (2022) is the comprehensively updated successor to the Field Guide to the Birds of China (2000). The two books are the only major guides covering all China and are a milestone in the history of birding. Like the Field Guide before it, the Guide is an indispensable introduction to the birds of China.

The Collins Bird Guide is subtitled “The Most Complete Guide to the Birds of Britain and Europe.” It may seem strange to recommend a book whose core coverage area is 8000 km (5,000 mi.) from Shanghai and whose range maps do not include China. But the sheer quality of the book, coupled with the fact that China and Europe are on opposite ends of the same, east-west-oriented supercontinent, means that in Shanghai the Collins guide retains much of its potency. Dozens of the species of passerine covered in the guide occur around Shanghai, as do a very high proportion of the ducks, waders, and gulls.

A fourth field guide a Shanghai-based birder should consider buying is Craig Robson’s Birds of Southeast Asia. Robson’s work is an important home reference in the Shanghai area and a good supplement to Brazil in Fujian. It is my first reference in the parts of China bordering Southeast Asia. An exception is western Yunnan (Gaoligong Mountains), where my first reference is Birds of Bhutan and the Eastern Himalayas, a work useful also in Sichuan and on the Tibetan Plateau.

A final guide Shanghai birders should consider having is Mark Brazil’s Birds of Japan (2018). The book can serve as a backup and partial update to Birds of East Asia.