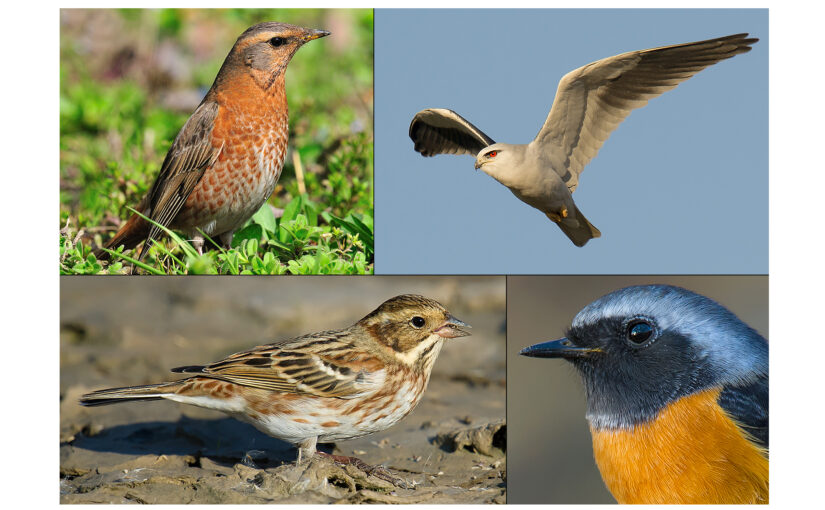 Meeting the team, we took the necessarily circuitous route to the northern-sided marshes and immediately got into buntings—Rustic Bunting, Little Bunting, Pallas’s Reed Bunting, Chestnut-eared Bunting, and Black-faced Bunting, together with a lifer for me: Yellow-breasted Bunting in abundance (10–15 of them), Daurian Redstart in abundance, Vinous-throated Parrotbill, Common Moorhen and Scaly-breasted Munia in the reeds, together with a single Black-throated Bushtit. I nearly trod on a Japanese Quail. Not bad for the first 20 minutes. Time to check the sky—a solitary Northern Lapwing, a dogfight between an Oriental Magpie and a Black-winged Kite, a female Common Kestrel, skeins of Great Cormorant, Gadwall, Eastern Spot-billed Duck, and Mallard, Common Greenshank passing over, and the odd Grey Heron. A possible goshawk seen in the distance, crowds of Oriental Turtle Dove perched in the trees, and two Chinese Grosbeak joining them.