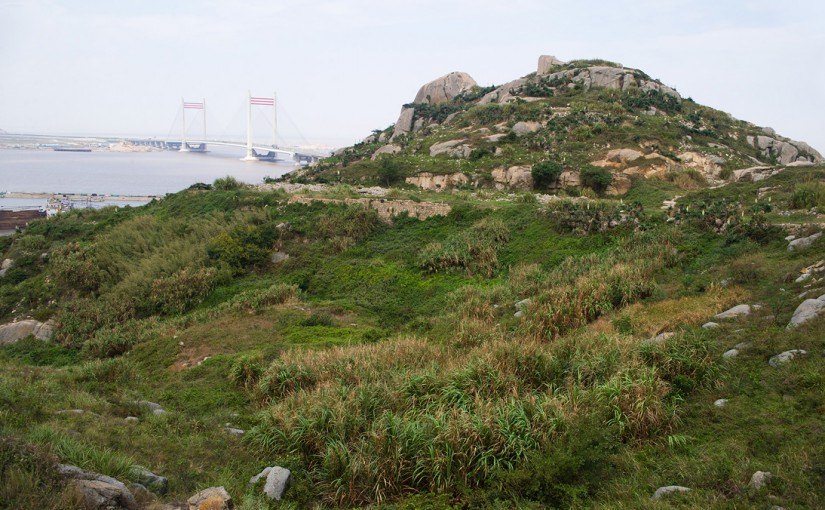 Part of Zhejiang but much relied upon by Shanghai, Lesser Yangshan Island is home to Shanghai’s deep-water port. Known in Chinese as Xiǎo Yángshān (小洋山), the island lies 25 km (15.5 mi.) off Cape Nanhui and is accessible by car over the Donghai Bridge.

A PLACE FOR PASSERINES

Raptors are not numerous but are usually available. Common Kestrel breeds on the island, and other falcons such as Peregrine Falcon are often seen. Crested Honey Buzzard makes an occasional appearance. Cuculus cuckoos are a guaranteed tick in May and September, Grey Nightjar are regularly noted, and owls such as Northern Boobook use the island. Ducks, shorebirds, and herons are relatively few, but Chinese Egret seem to be a regular presence there.

Directions: Private transport is essential at Lesser Yangshan. In Pudong, take the S2 south to Donghai Bridge. Cross the bridge (you will still be on the S2) and on Lesser Yangshan take the Xi’ao Nanlu/Terminal 2 exit (the exit right before the tunnel).

The air is fresh on Lesser Yangshan, especially when the wind is coming from the east. Lesser Yangshan can be windy and several degrees colder than urban Shanghai, so dress accordingly.