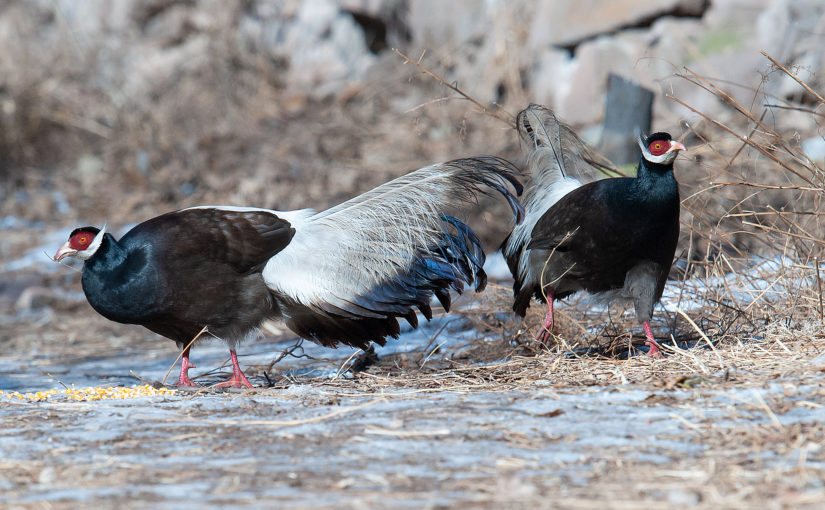 We found the Brown Eared Pheasant immediately. They were on a little bridge spanning a frozen stream at the bottom of the gorge. Also around the bridge were north China species Plain Laughingthrush Pterorhinus davidi, Chinese Long-tailed Rosefinch Carpodacus lepidus lepidus, and Red-billed Blue Magpie Urocissa erythroryncha brevivexilla.