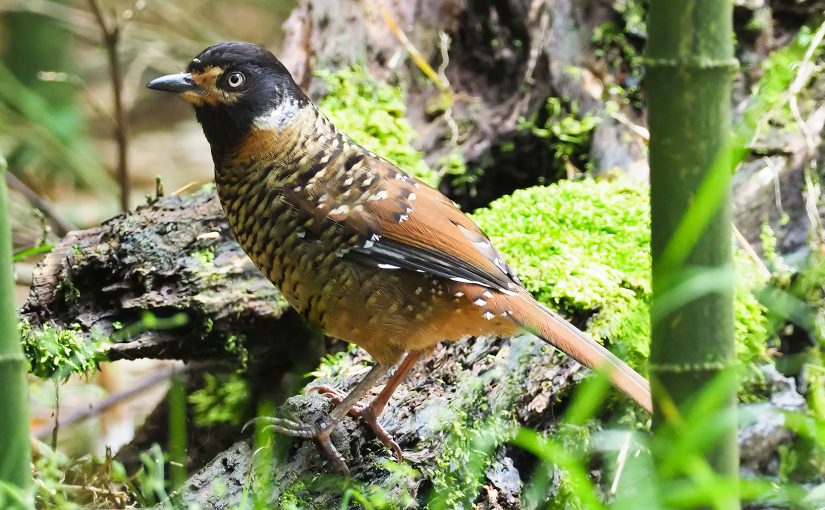 Editor’s note: John MacKinnon is co-author of A Field Guide to the Birds of China, the most influential book ever written about the birds of China. Herewith we present “Well-spotted in the Bamboo,” MacKinnon’s third guest post for our site. MacKinnon introduces the bird community of Jinfoshan, the highest peak in the Dalou Mountains in the city-province of Chongqing. MacKinnon’s bird of the trip was Spotted Laughingthrush (above), a “quiet, gentle bird” of mountain forests and one of seven species of laughingthrush at Jinfoshan. — Craig Brelsford