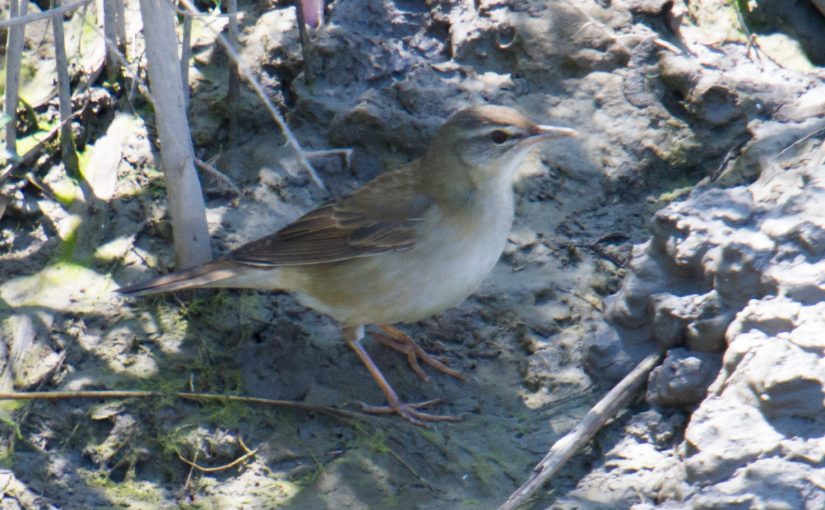 Our Middendorf’s was silent, but some call, and Shanghai birders hoping to tick the species should be listening carefully in late May. “[The call of Middendorf’s] is often the only indication of presence away from the breeding areas,” write Kennerley and Pearson (2010, 259). Care needs to be taken to distinguish the kit or chit call of Middendorf’s from the similar call of Pallas’s Grasshopper Warbler, which is known to call and even sing on migration in Shanghai (Brelsford 2017). Distinguishing the call and song of Middendorf’s and Pallas’s can be difficult, even for expert birders (Moores 2018).

Brelsford, C. (2017). “One of My All-time Ornithological Highlights” (https://www.shanghaibirding.com/all-time-high/). Post to shanghaibirding.com, published 17 May 2017; scroll down for report and sound-recording of singing Pallas’s Grasshopper Warbler at Cape Nanhui, Shanghai (accessed: 28 Nov 2022).