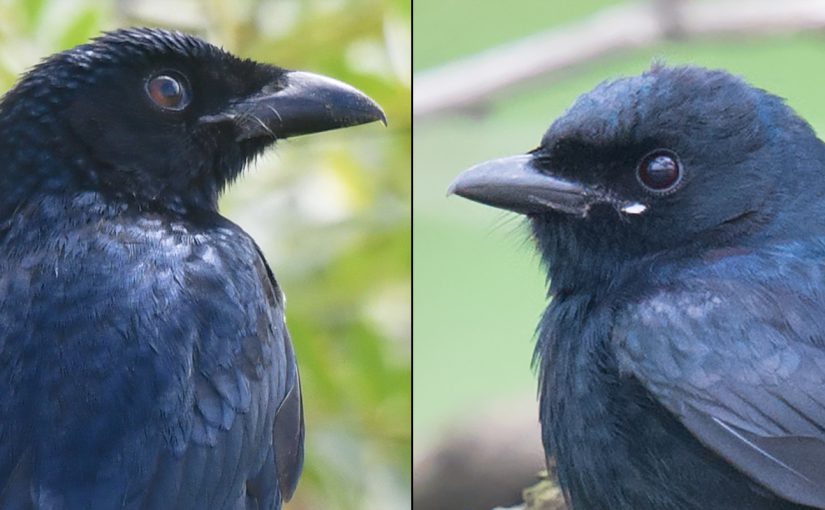 The image above shows Crow-billed Drongo (left) and Black Drongo. The former was noted in Shanghai on 11 Oct., a first for the city. The latter is a common passage migrant in Shanghai. In this post, I show you how to separate the two species.

A monotypic species, Crow-billed Drongo Dicrurus annectens breeds from the Himalayan foothills in India east to Hainan. In winter some birds go as far south as Sumatra and Java. Shenzhen-based French birder Jonathan Martinez, an expert on southeast China birds, reports breeding populations of Crow-billed in northern Guangdong and southwest Hunan. There are coastal records, most likely of migrants, from Hong Kong and Guangxi. Shanghai Birding member Paul Holt writes that Crow-billed is “undoubtedly overlooked” in southern China and “is probably quite rare or at least very localized.” Martinez agrees, calling Crow-billed “scarce” even at the Guangdong and Hunan sites.