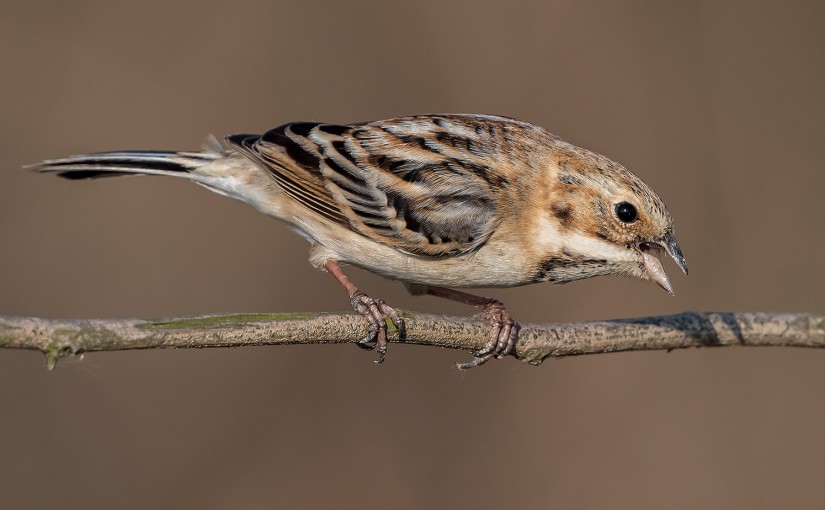 On Fri. 5 Feb. and Mon. 8 Feb., Elaine Du, Kai Pflug, and I noted 64 species on a two-day “Nanhui on Foot” tour. Horned Grebe, Black-necked Grebe, and Greater Scaup maintained their presence on Dishui Lake, and on Friday we picked out a single Black-faced Spoonbill among the Eurasian Spoonbill. On Monday we noted Water/Brown-cheeked Rail, saw a flock of 240 Kentish Plover and 900 Dunlin, and enjoyed an early morning moment with four bunting species (mainly Pallas’s Reed Bunting and Little Bunting with cameos by Chestnut-eared Bunting and Black-faced Bunting). We struggled to ID our Pallas’s Reed Bunting to ssp. level. Were the mysterious lydiae mixed in?

The interval of 72 hours between Friday and Monday saw changes to the composition of birds on Dishui Lake. Counts of Falcated Duck went from 230 on Friday to 0 on Monday. Horned Grebe and Greater Scaup also fell off our Monday list. Numbers of Tufted Duck, meanwhile, increased from 22 to 140. Common Pochard saw a jump from 0 on Friday to 300 on Monday, but we found them on the pond behind the Magic Parking Lot, which we were unable to check Friday.

Reed Parrotbill were noted both days around Microforest 2. We had Naumann’s Thrush on Friday. As was the case last year, Eastern Yellow Wagtail (tschutschensis and taivana) have been present in Shanghai in small numbers throughout the winter.

Horned Grebe has had a sustained presence on Dishui Lake for at least the past 60 days. Also known as Slavonian Grebe, Podiceps auritus is thought to be a rare winter visitor to our area, but it may be overlooked. 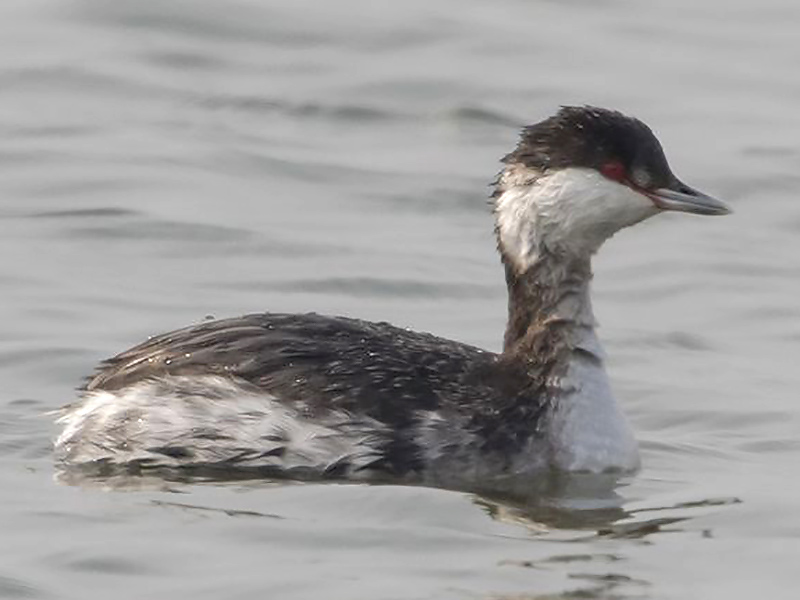 Featured image: Pallas’s Reed Bunting Emberiza pallasi, Microforest 2, Nanhui, 8 Feb. The thinness of the upper mandible of this specimen raises the question: Could this be E. p. lydiae? (Kai Pflug)

2 thoughts on “Come Walk with Us at Nanhui”