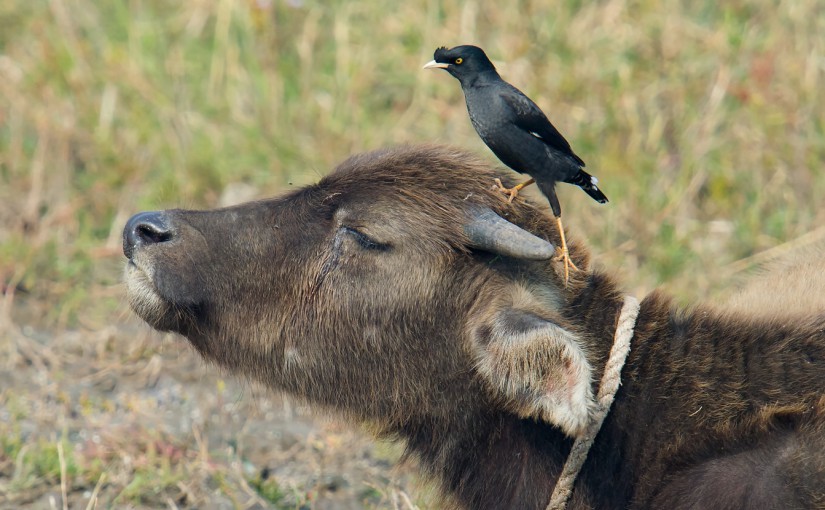 Appended to the eastern end of Hengsha Island, a giant land-reclamation project is the quietest, most remote place in Shanghai, the place with the freshest air, and the place with some of the best birding in the city-province. Although certain to be developed someday, the project has been acting like a nature reserve, important to endangered species such as Black-faced Spoonbill.

I last birded Hengsha in 2017 and was expelled by guards. I have noted few eBird lists from Hengsha since.

Though lacking trees, the “New Hengsha” that I birded dozens of times was offering four other critical forms of habitat.

— Ponds, in which Black-faced Spoonbill (often accompanied by Eurasian Spoonbill) waded, ducks such as Falcated Duck and more rarely Mandarin Duck and Baikal Teal swam, and near which Kentish Plover bred and Pacific Golden Plover passed on migration

Note however that New Hengsha extends at least 25 km east from the entrance. As one drives east, the land becomes progressively new and (as of 2017) barren. Along the roads, look to the inner base of the dike for buntings, among them Yellow-throated Bunting and Rustic Bunting. In the occasional ponds you will find Common Snipe, Pin-tailed Snipe, and sometimes unusual birds such as Green Sandpiper and Ruddy Turnstone.

If the reclaimed land had microforests such as at Cape Nanhui, then it would have been the place to go birding in the city-province of Shanghai. But because it was nearly treeless, it was a little short on woodland birds.

To get to Hengsha, in Pudong get on the G40 (Hushan Expressway [沪陕高速]). Take the Shanghai Yangtze River Tunnel 9 km to Changxing Island (Chángxīng Dǎo [长兴岛]). Drive to the port on the eastern end of Changxing. From Changxing, it is a 10-minute ferry ride to Hengsha.

The entrance to the reclaimed area is on the southeastern tip of the original island. As of 2017, guards were manning the station after 08:00 and would deny you entry. Birders arriving before 08:00 were able to drive in, and once in were usually not asked to leave. In August 2017, however, guards tracked me down deep in the reclaimed area. I was told to leave and have not attempted to return.

To the southeast of the reclaimed area is the little-visited Jiuduansha Wetland Nature Reserve, a collection of islands, shoals, and surrounding water at the mouth of the Yangtze River.