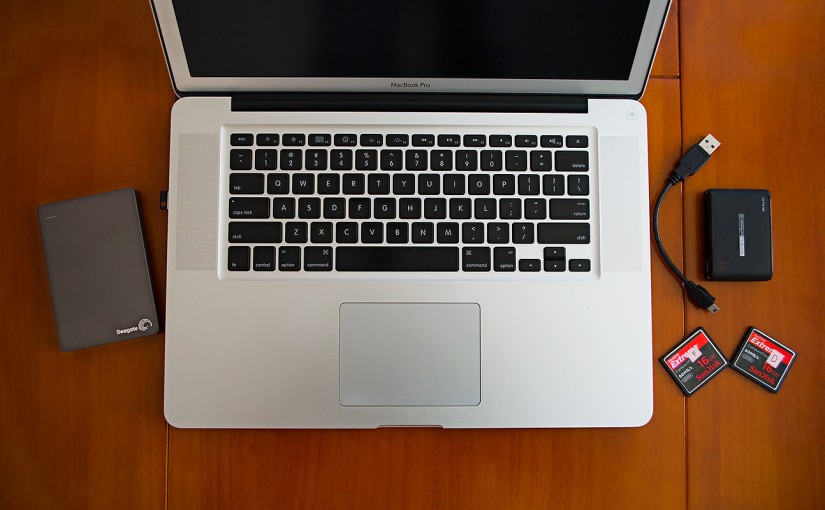 How many times have I heard friends say that?

And how many times have I said, “It didn’t have to be this way!”?

With yet another friend’s recent disaster fresh on my mind, I offer you herewith my photo-backup system—a system through which I haven’t lost a single photo in years, despite taking thousands of shots.

(1) The most important rule of backup is, whenever possible, have at least two copies of everything digital that you create. For me, backup begins in the camera itself, with the memory card in Slot 2 (“Card 2”) being the backup of the card in Slot 1 (“Card 1”).

(2) As soon as my photo session is over, I transfer the photos on Card 1 to my laptop. At that point, I have three copies of the work that I created that day. After the transfer has occurred, I put Card 1 back in Slot 1 and immediately reformat it. In this way, I reduce my number of copies back to two, but I also reduce to zero the chance that any virus on my computer can be transferred to my camera.

(3) As soon as the transfer from Card 1 to the laptop is complete, I back up the contents of my laptop to an external hard drive. I have a MacBook Pro and use Time Machine to make the copy to a Seagate 2 TB portable hard drive. At this point I again have three copies of that day’s work.

(4) I next perform off-site backup by uploading my best photos of the day to Google Drive or Microsoft OneDrive. Google and Microsoft both offer 15 GB of free hard-drive space per account.

(5) When Card 2 is full, I do not immediately reformat it. Instead, I store Card 2 in my camera bag and replace it with a fresh card. Note that by putting full Card 2s in the camera bag, I achieve limited off-site storage, because during the day I usually keep my laptop and external hard drive locked up together in my luggage at the hotel. My bag is with me out in the field.

Under my system, I have two copies the moment I press the shutter button and within a few hours may have as many as four copies of that photo, one of those copies in the Cloud. I have permanent archives within easy reach and copies of those archives at secure locations. I never lose anything, and almost as importantly, I never worry about losing anything. Data loss is something I don’t think much about anymore, because I have a good backup system that is now second nature to me.

I repeat: My backup system is second nature to me. It may seem complicated to you, but it is simple to me. With practice, it could be simple to you, too.

Why do many photographers lack a backup system? One reason is laziness. Another is fear; losing one’s work is something too terrible to contemplate. It is better, however, to see system failures not as unthinkable but as inevitable, and to prepare accordingly.

Once the motherboard of my MacBook Pro suddenly failed. I had backed up to my external hard drive half an hour earlier. Replacing the motherboard was costly enough—but at least I was spared the loss of precious data.

Question: When are you going to implement your backup system?