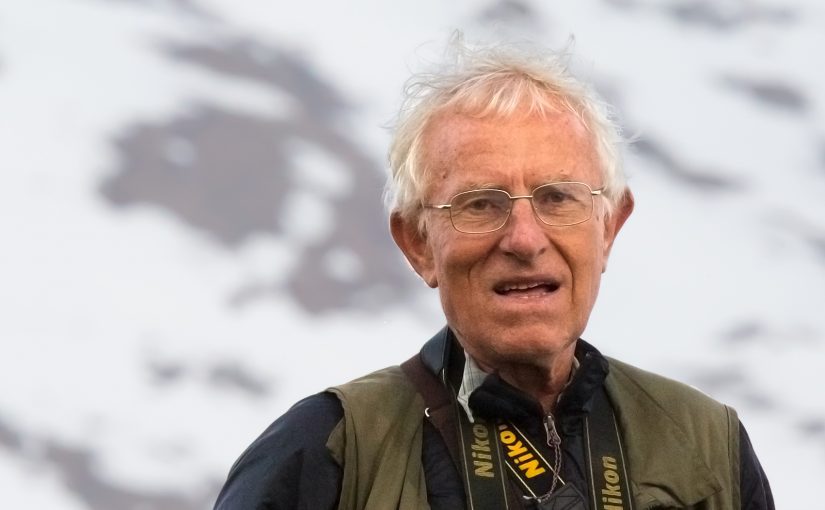 We marched up the mountain, topping out at 2640 m (8,660 ft.). Jon matched us step for step. That night in the cabin, we were awakened by the hooting of Himalayan Owl Strix nivicolum. We searched with a flashlight but never saw the owl. Jon wouldn’t tick it; he had to see his birds. The next day, as I drove the team to Wolong, Jon said I was accelerating unnecessarily, and would I please stop wasting petrol?

In Xi’an I picked up Jon and his partners Dave Woodford and Phil Heath, the latter two world-class birders like Jon. We zoomed through Shaanxi and Sichuan on an itinerary that would have exhausted a much younger man. In the Qinling we ticked Blackthroat Calliope obscura, in Shaanxi we scored Crested Ibis Nipponia nippon, at Tangjiahe we found Przevalski’s Parrotbill Sinosuthora przewalskii, at Wolong we saw Wood Snipe Gallinago nemoricola, at Longcanggou we thrilled to Golden-fronted Fulvetta Alcippe variegaticeps, and at Xiningzhen we eked out Silver Oriole Oriolus mellianus.