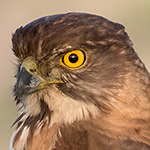 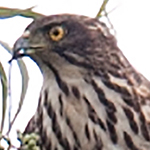 Craig Brelsford is the founder of shanghaibirding.com. Brelsford lived in Shanghai from 2007 to 2018. Now back home in Florida, Brelsford maintains close ties to the Shanghai birding community and continues his enthusiastic development of this website. When Brelsford departed China, he was the top-ranked eBirder in that country, having noted more than 930 species. Brelsford was also the top-ranked eBirder in Shanghai, with more than 320 species, as well as Shanghai’s Cape Nanhui, one of the best-known birding spots in China. Brelsford coined the term “Cape Nanhui” and continues to advocate for the conservation of the most southeasterly point in Shanghai. Brelsford's photos of birds have won various awards and been published in books and periodicals and on websites all over the world. Brelsford is a graduate of the University of Florida and earned a master's in business administration at the University of Liege, Belgium. View all posts by Craig Brelsford