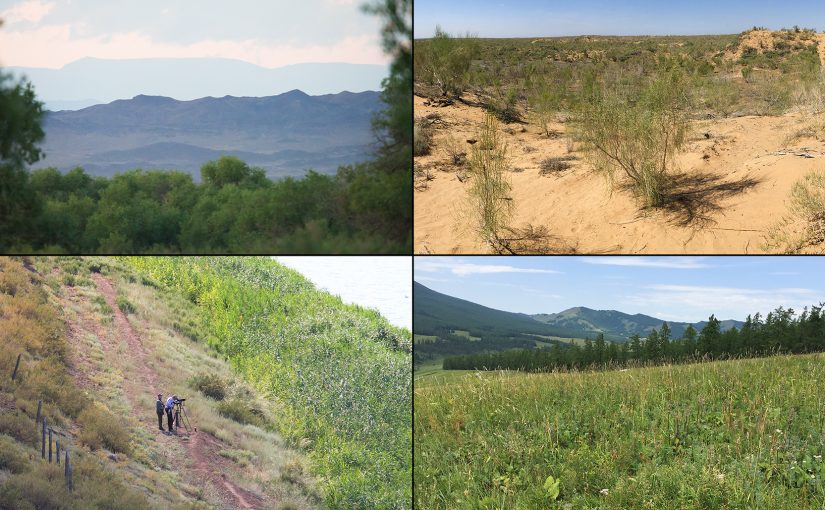 In this, the fifth in my five-post series on birding Northern Xinjiang, I offer you photos of the various habitats in which I birded. — Craig Brelsford

A semi-desert steppe called the Jungar Basin covers most of Northern Xinjiang. The basin is studded with oases, many of them near waterways such as the Irtysh River. In recent decades, as the human population has grown, runoff from the mountains has been channeled into reservoirs, important for migrating waterfowl and shorebirds. The Jungar Basin is bounded on the south by the Tianshan Mountains and on the north by the Altai Mountains. Both ranges offer classic alpine habitats, and the Altai, parts of which are closer to Moscow than to Shanghai, holds many species of bird more common in Europe than in China.

The map below traces our 2017 itinerary through this vast, underbirded region. Noteworthy birding areas are marked.

The photos below show some of the habitats in which I have birded in Northern Xinjiang. Farther below, you can enjoy my other shots in “Scenes from Northern Xinjiang.” Still farther below are the references for this five-post series as well as my acknowledgements and dedication.

BIBLIOGRAPHY FOR THE FIVE-POST SERIES

Despite being published back in 2000, the pioneering work co-authored by John MacKinnon, A Field Guide to the Birds of China, was my first reference in Northern Xinjiang. John also offered me tips about Northern Xinjiang drawn from his considerable experience in the region. I got many of my ideas for the trip from the meticulously detailed reports of Paul Holt. Jan-Erik’s and my 2017 itinerary was loosely based on the June 2015 trip of Hangzhou birder Qián Chéng (钱程). Josh Summers of farwestchina.com offered me pointers and assured me that traveling through Northern Xinjiang would be safe and fun.

I dedicate the Xinjiang report to my son, “Tiny” Craig Brelsford. Tiny, you were in Mummy’s belly when I made my final big trip in China, and you filled me with hope every day. I loved traveling around China finding birds—I love being your daddy even more. May the photos and stories here inspire your own big adventures someday!

This post is the fifth in a five-post series about birding in Northern Xinjiang.

The Landscapes and People of Northern Xinjiang (you are here)