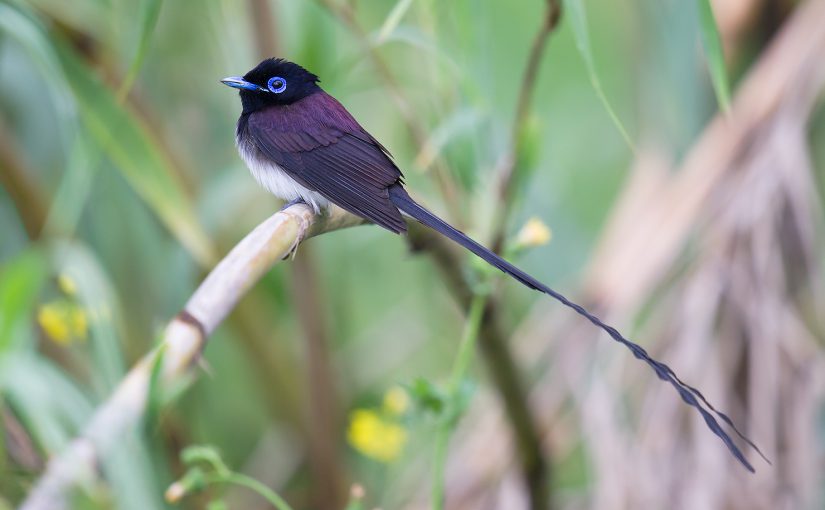 Could a white morph from a third species occur in Shanghai? Although the movements of paradise flycatchers are “complex and not fully understood” (Moeliker), I think we can presume that it is unlikely. The nearest third species is Blyth’s or Oriental Paradise Flycatcher T. affinis saturatior, which according to MacKinnon winters no closer to Shanghai than Guangdong.

I have discovered two more photos of female Amur Paradise Flycatcher. The photos above were taken in July at Laoshan (32.071265, 118.560699), a site in Nanjing, Jiangsu 290 km (180 miles) inland from Shanghai. Note again in this Amur the contrast between bluish-black head and bluish-grey breast, the poorly defined border between the bluish-grey breast and the whitish belly, the lack of rufous coloration on the flanks, and the rufous-brown upperparts and tail, obviously brighter than in Japanese Paradise Flycatcher.