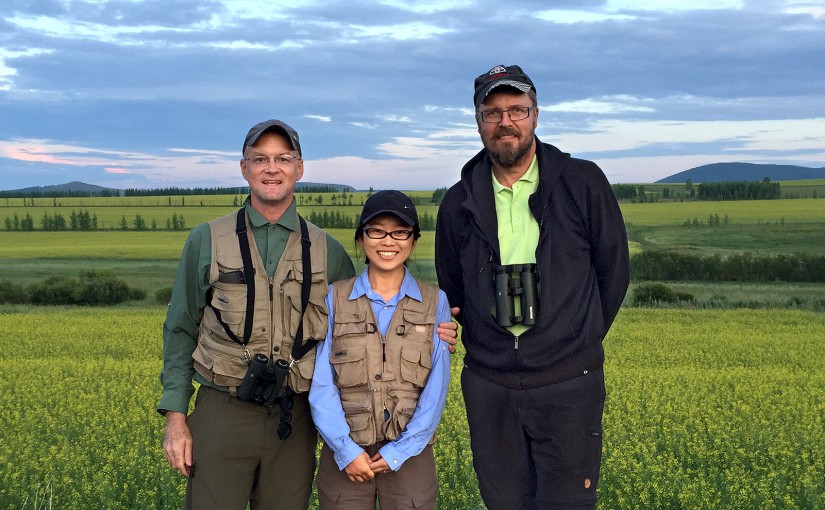 Last year, Elaine and I spent two weeks covering the vast Hulunbeier region of Inner Mongolia with Beijing-based Swedish birder Jan-Erik Nilsén. On our very first day (11 July), we had a rare breeding record of Great Grey Owl Strix nebulosa. As we were driving, we saw, far in the distance atop a billboard, a Great Grey Owl. As I stepped out of the car to admire it, a car came from the opposite direction and scared it away. We sighed, drove to the billboard, and parked. Would the owl come back? No. But something interesting occurred. From somewhere in the forest came begging calls, which I recorded (00:08; 1.1 MB):