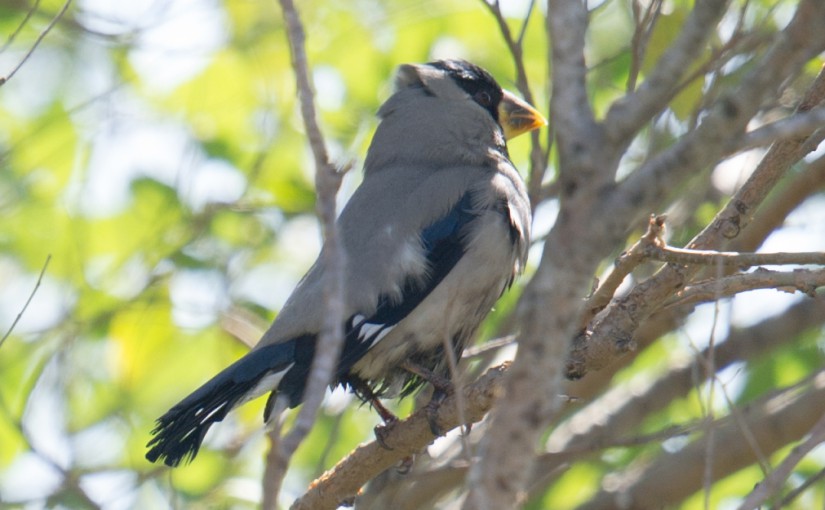 Elaine and I closely watched Black-browed Reed Warbler Acrocephalus bistrigiceps. Both birds were making their characteristic harsh churr; one was warbling softly. Watching the reed warblers was not only enjoyable, but also necessary to eliminate the similar Speckled Reed Warbler A. sorghophilus, a bird I have yet to tick. Birders will do well to scrutinize A. bistrigiceps, a common species usually found in the same reedy habitats as A. sorghophilus, an endangered and poorly known species that with luck just might be discoverable in the Shanghai area.

Featured image: Japanese Grosbeak, Lesser Yangshan Island, 17 Oct. 2015. In Shanghai, Eophona personata, a passage migrant, is much less commonly seen than Chinese Grosbeak E. migratoria, which breeds in parks in the city. The two species are readily separable by the larger size of E. personata as well as its simpler wing coloration (all-black primaries with large white patch in middle), less extensive black cap, and lack of black tip to bill.