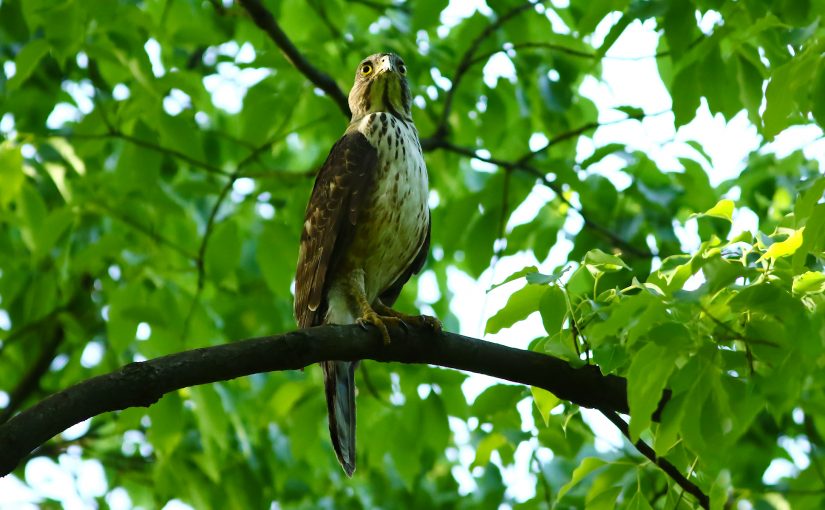 (2) Dark rump and uppertail coverts contrast little with dark tail, while dark tail and rump contrast markedly with paler back, all pointing to Lesser Cuckoo